I have seen tons of headboards turned benches out there and its been on my to-do list for about a year now.  I finally got around to it and I think it turned out pretty cute :)

This is not a detailed tutorial – but you will get the gist.  I think that you just have to play around with it because every headboard/footboard is built different and this can be done all different ways.  Just make it up as you go along – that’s what I ALWAYS do!!!

Before…I used the headboard and footboard

The headboard wasn’t altered at all – just the footboard.  The footboard was used for the arm rests on my bench.  I could of also used the footboard for under the seat if I wanted a different look – it just would have a closed bottom and no arm rests – both ways would be cute. 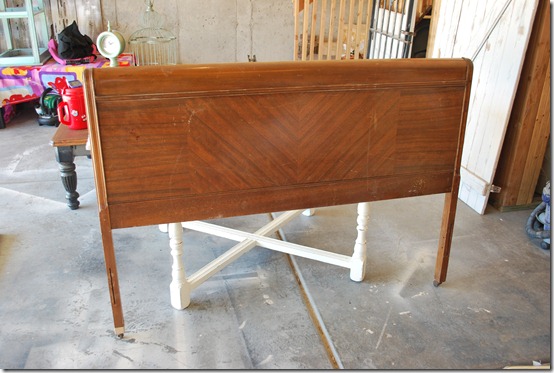 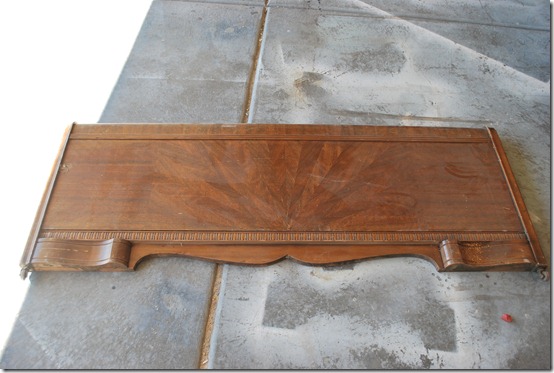 Close up of footboard 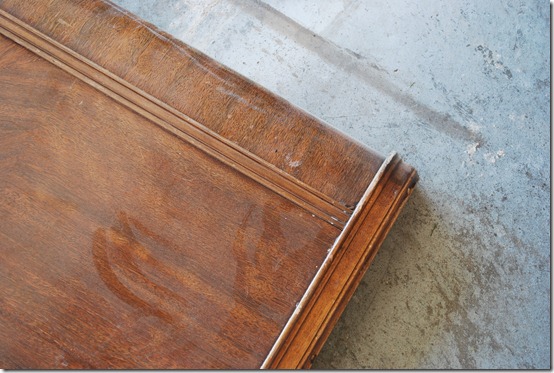 I played around with how I wanted to arm rests to look and I had to disassemble the footboard.  But, I wanted to re-use all the pieces so I was careful. 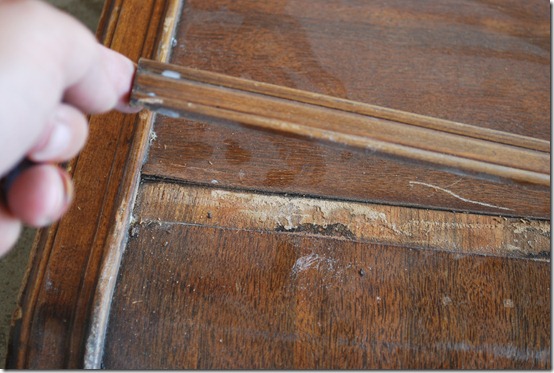 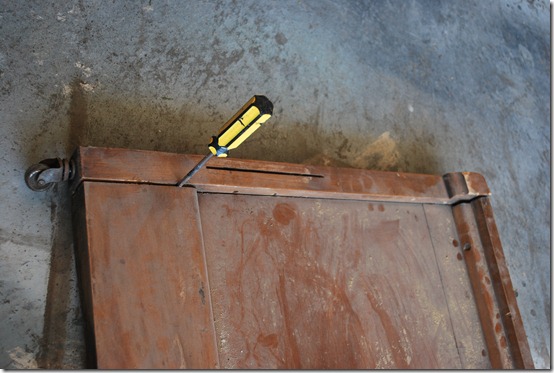 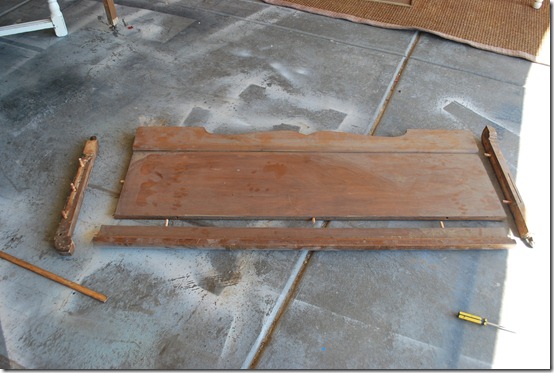 Then this is where I played around with it and where all benches are going to be different.  I cut the footboard in half and then used the side molding that was on the footboard for the arm rests. 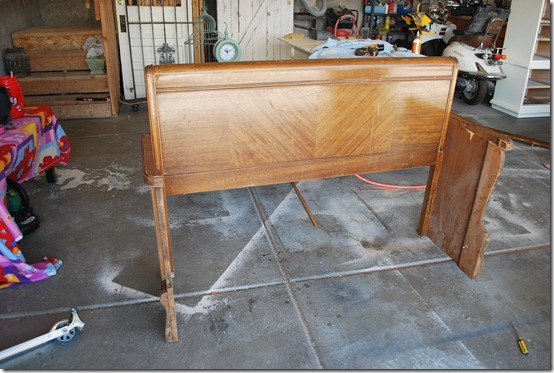 Then after I had my arm rests on, I needed to put on a cleat where my bench would rest.  Do this on all 3 sides so its good and sturdy. 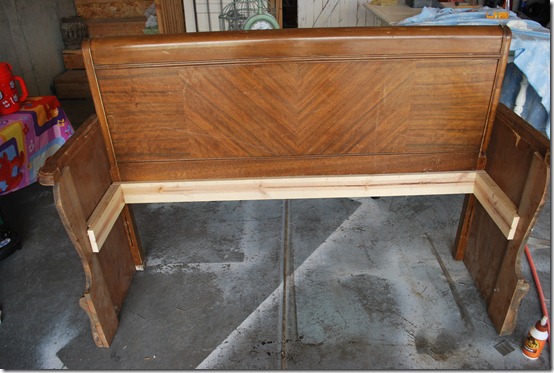 Then I forgot to take a pic, but I just used a piece of MDF and cut that to the size of the seat.  Then I took the top part of the headboard and put that under the seat part to finish it off (see that on the after pics).  I used every piece of the footboard that I took apart.  Fill all your nail holes, prime and paint.

The bench was painted a creamy white (Honeymilk by Valspar) and then distressed.  I love the way it turned out!  I cant wait to make another one :) 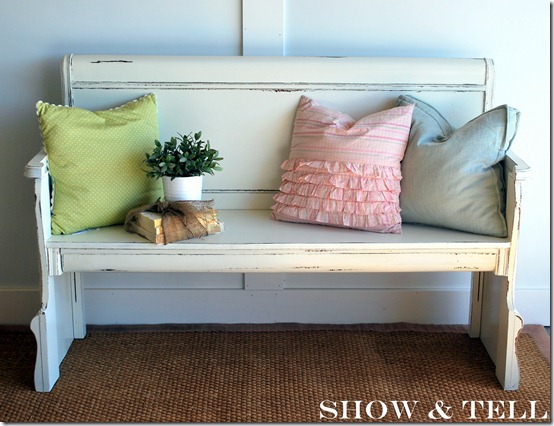 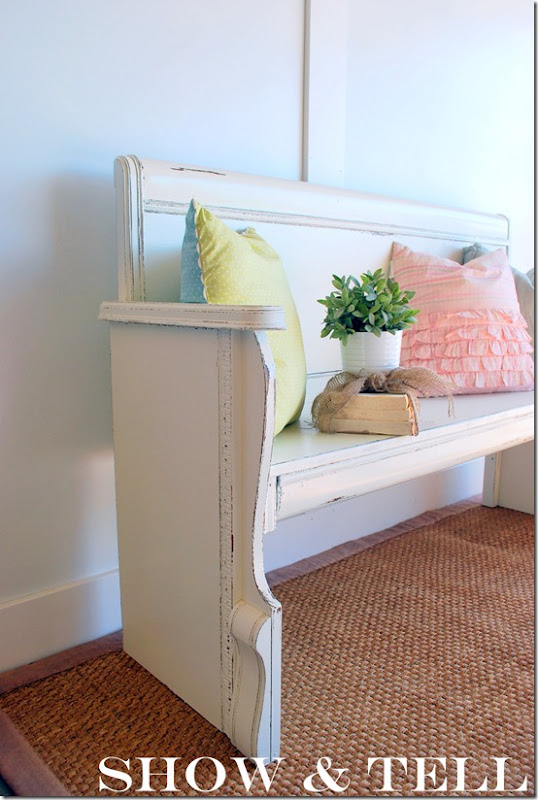 Here you can see the top part of the footboard under the seat.  I also took some of the side molding and cut that to fill in the gaps – worked out perfect.  Love it when that happens. 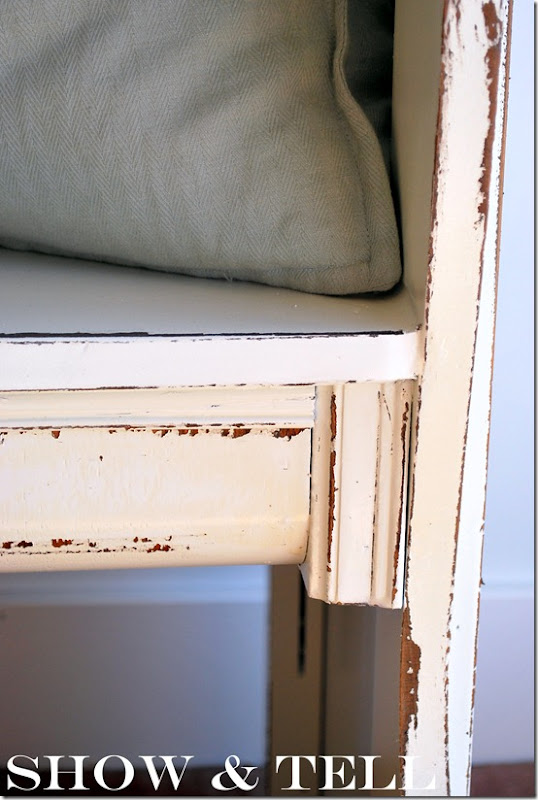 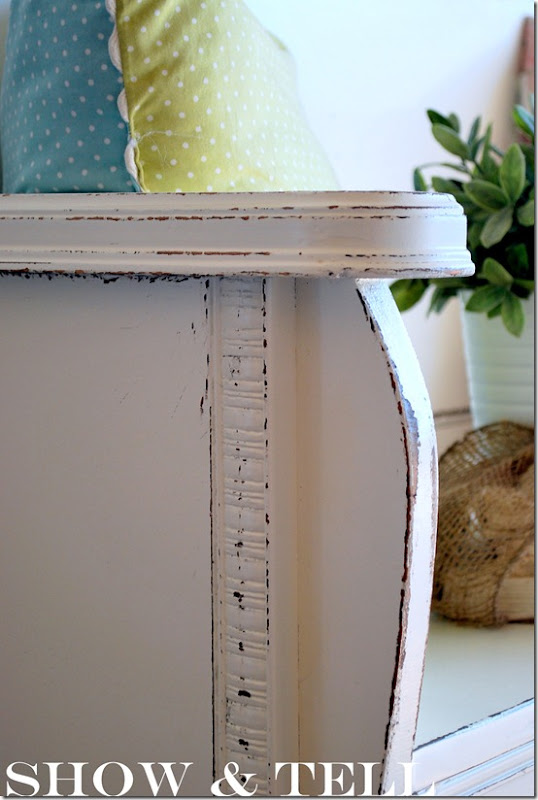 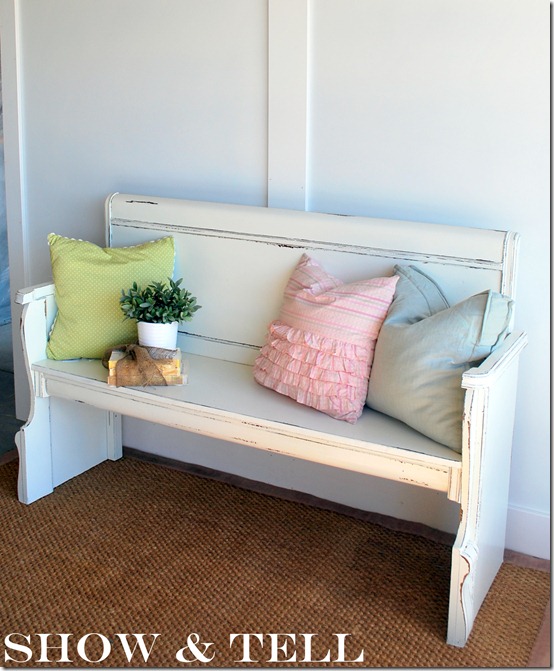 Have you made a bench from a headboard/footboard?  I would love to see it – email me a pic.  I have a few more that I need to make and love seeing inspiration pics :)

Some furniture for sale {Before & After}–cedar/blanket chest update
Scroll to top
Flash Sale!